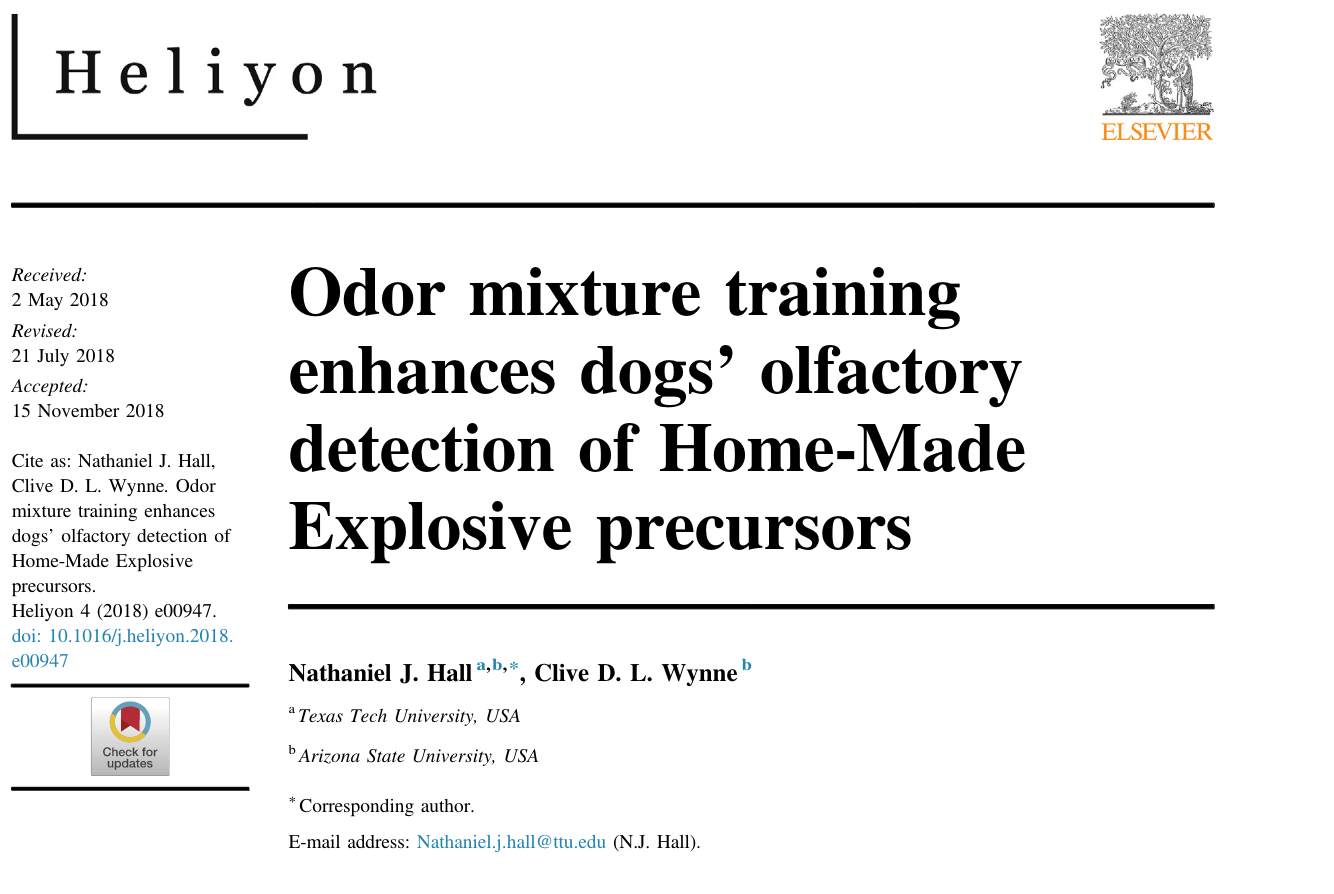 In this presentation, Dr. Nathan Hall of the Canine Olfaction Lab at Texas Tech University joins Chiron K9's Principal, Paul Bunker to provide an overview of the research project:

The presentation provides an outline of the hypothesis, the methods used, and the results.

As always, the TACS Talk is aimed at handlers, trainers, and interested members of the community as an educational presentation.

Complex odor mixtures have traditionally been thought to be perceived configurally, implying that there is little identification of the individual components in the mixture. Prior research has suggested that the chemical and or perceptual similarity of components in a mixture may influence whether they can be detected individually; however, how experience and training influence the ability to identify individual components in complex mixtures (a figure- background segregation) is less clear. Figure-background segregation is a critical task for dogs tasked with discriminating between Home Made Explosives and very similar, but innocuous, complex odor mixtures. In a cross-over experimental design, we evaluated the effect of two training procedures on dogs’ ability to identify the presence of a critical oxidizer in complex odor mixtures. In the Mixture training procedure, dogs received odor mixtures that varied from trial to trial with and without an oxidizer. In the more typical procedure for canine detection training, dogs were presented with the pure oxidizer only, and had to discriminate this from decoy mixtures (target-only training). Mixture training led to above chance discrimination of the oxidizer from variable backgrounds and dogs were able to readily generalize performance, with no decrement, to mixtures containing novel odorants. Target-only training, however, led to a precipitous drop in hit rate when the oxidizer was presented in a mixture background containing either familiar and/or novel odorants. Furthermore, by giving Target-only trained dogs Mixture training, they learned to identify the oxidizer in mixtures. Together, these results demonstrate that training method has significant impacts on the perception of components in odor mixtures and highlights the importance of olfactory learning for the effective detection of Home Made Explosives by dogs.